How Large is ADT Security Company?

In September 2011, Tyco announced that it would split into three companies, ADT being one of the three. On October 1, 2012, ADT debuted as an independent public company and began trading on the New York Stock Exchange (NYSE: ADT). In 2014, it acquired the Canadian company Reliance Protectron Security Services.

In February 2016, Apollo Global Management acquired ADT for nearly $7 billion and merged it with another home security firm, Protection 1. The purchase price represented a premium of approximately 56 percent over ADT’s closing share price on February 12, 2016 and, when combined with Protection 1, representing an aggregate transaction value of approximately $15 billion.

In January 2010, Tyco announced that it was acquiring Broadview Security (formerly called Brink’s Home Security) and was merging the company with its ADT division in a transaction valued at $2.0 billion 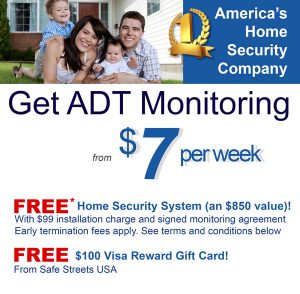